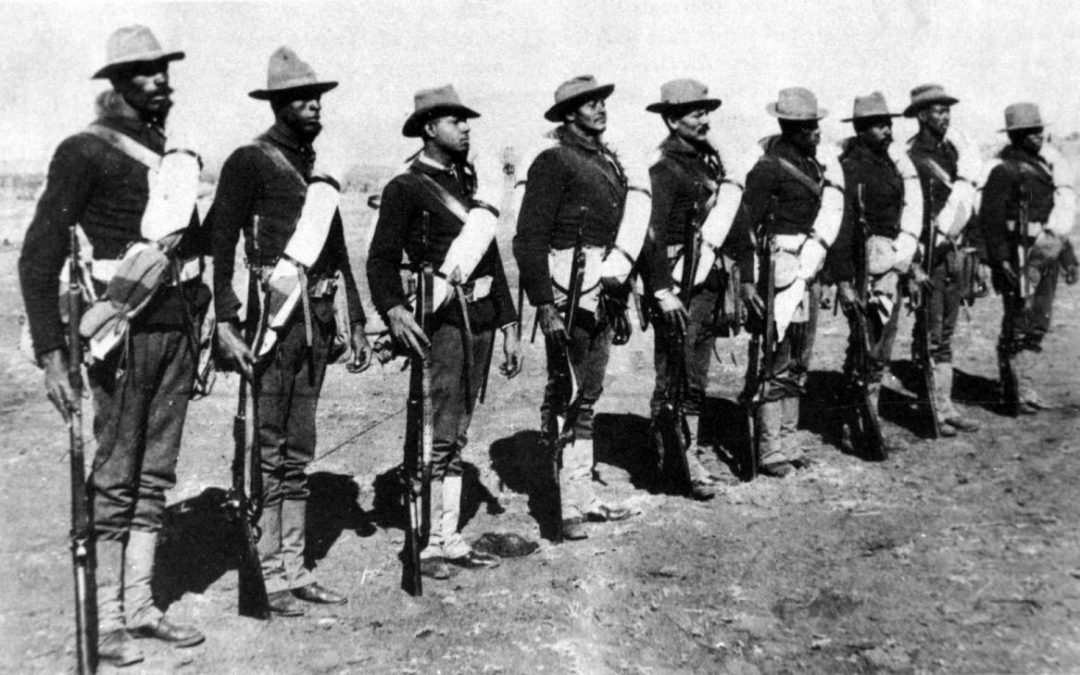 When the United States declared war on Spain in 1898, all existing Black regiments were called upon to fight. Around 2,500 of the nation’s 25,000-man army were experienced Black soldiers. Five Black soldiers and one sailor earned the Medal of Honor during the conflict. 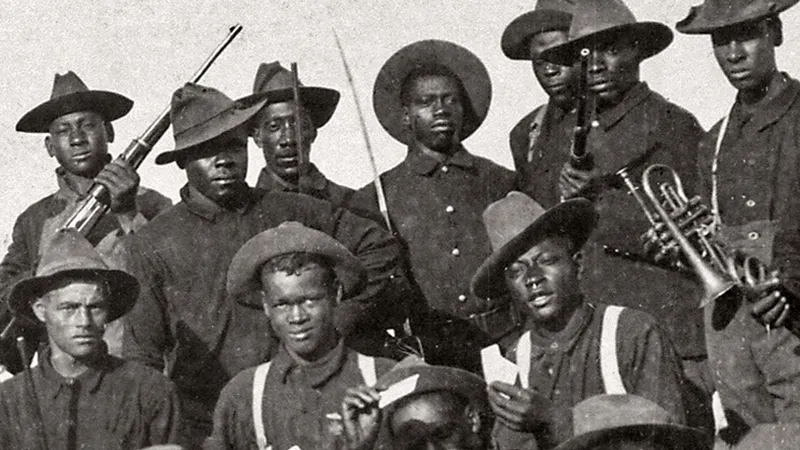 Buffalo Soldiers pose for a portrait, some showing weapons and one holding a bugle.

Buffalo Soldier regiments participated in the battle of San Juan Hill in Cuba on July 1, 1898, an action made famous because of Teddy Roosevelt and his Rough Riders. Edward L. Baker, Jr. served in the 10th Cavalry for years before the war, and earned the Medal of Honor at this battle for rescuing a wounded comrade from drowning. In June, four of his comrades in the 10th were recognized for heroic service during a dangerous rescue mission near Tayabacoa, Cuba, including William H. Thompkins, Fitz Lee, Dennis Bell, and George Wanton. Aboard the USS Iowa in July, Robert Penn risked his life teetering over a steaming boiler to douse a fire, for which he was given the Medal of Honor. 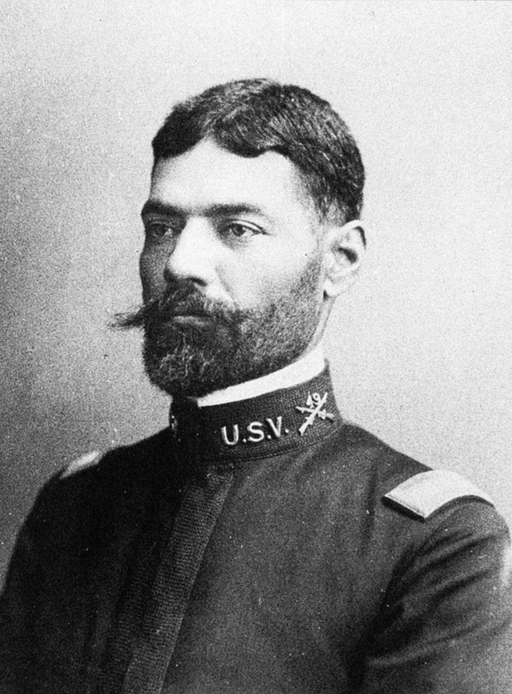 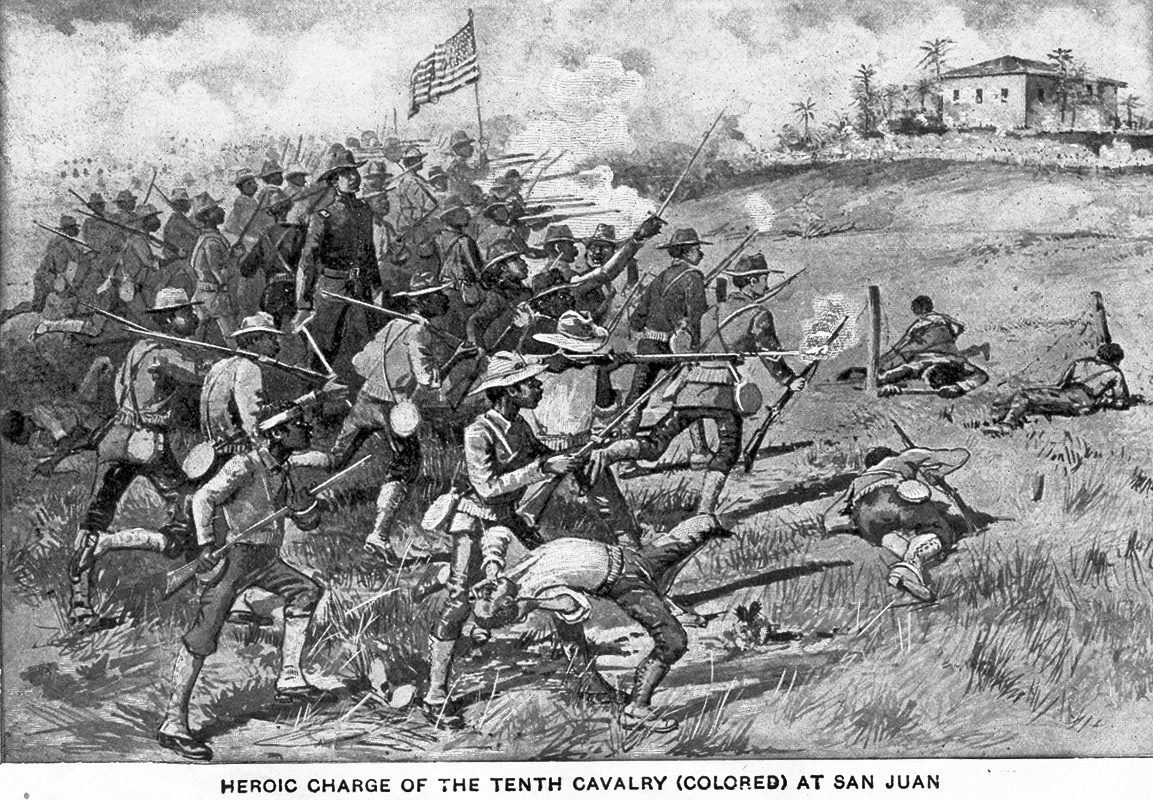 Archival sketch of the heroic charge of the 10th Cavalry at San Juan.

Unusual for the still-segregated army of the time, the all-Black Company L served with the 6th Massachusetts Regimental National Guard. They fought several skirmishes in Spanish-held Puerto Rico. The whole regiment suffered from tropical diseases such as malaria and yellow fever⁠ despite some erroneous beliefs at the time that Black troops were immune.

U.S. troops also fought in the Philippines in 1898, initially to help Filipinos win independence from Spain. But by the terms of the treaty that ended the war, Spain agreed to the independence of Cuba, and the U.S. took control of Puerto Rico, Guam, and paid Spain $20 million for the Philippines. But Filipinos fought against U.S. annexation just as they had against Spain. While the Black community was divided about U.S. involvement, around 6,000 African American soldiers fought there from 1899-1902, hoping that their honorable service would lead to better treatment of African Americans at home.

Lithograph detail from the Charge of the 24th and 25th Colored Infantry, July 2nd, 1898 depicting the Battle of San Juan Hill. 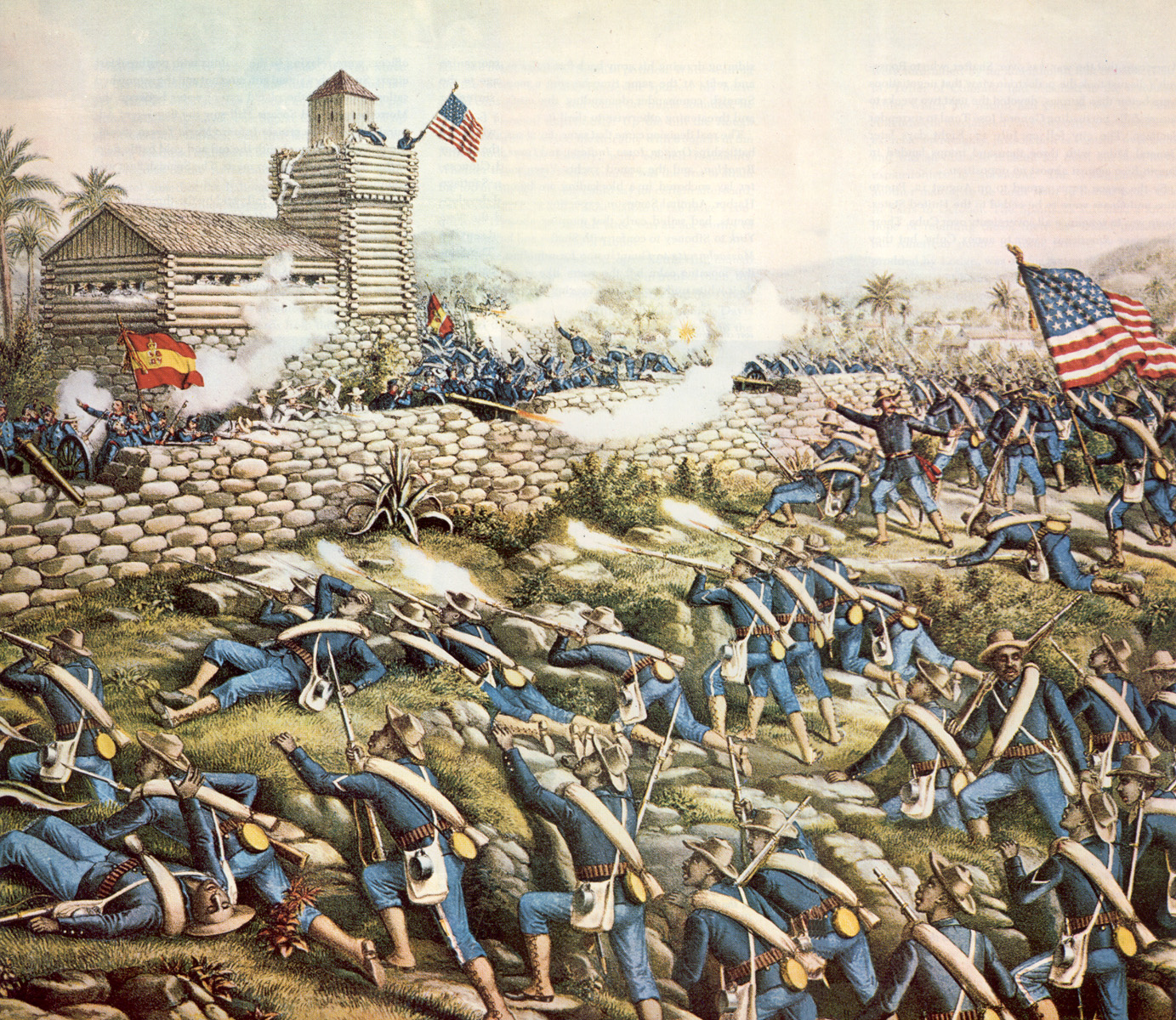 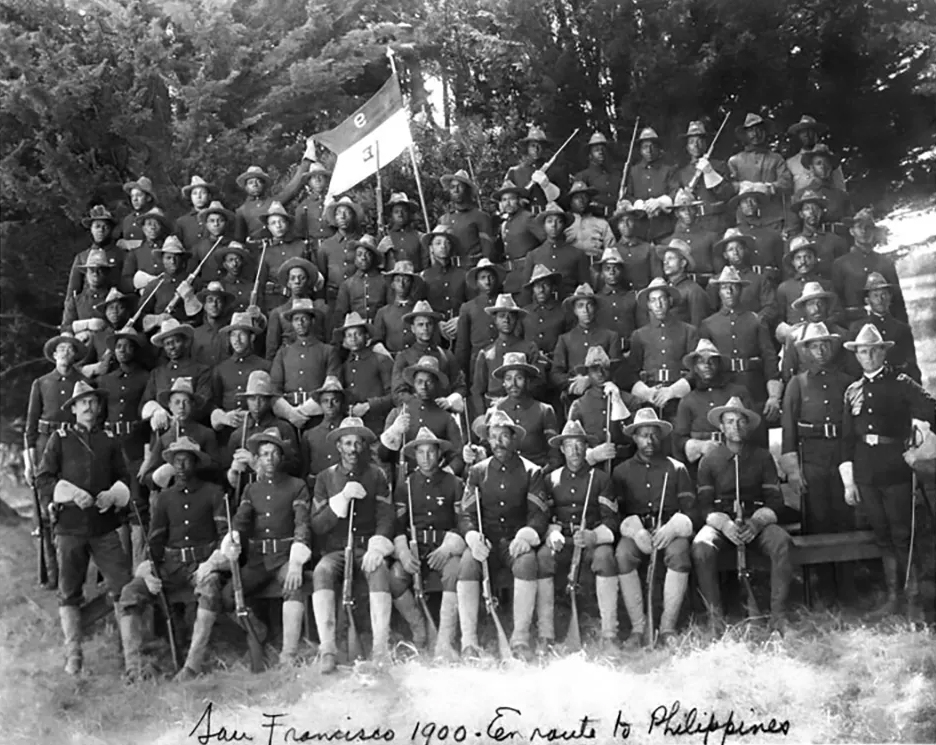 Troop E, 9th Cavalry at the Presidio before shipping out to the Philippines, 1900.