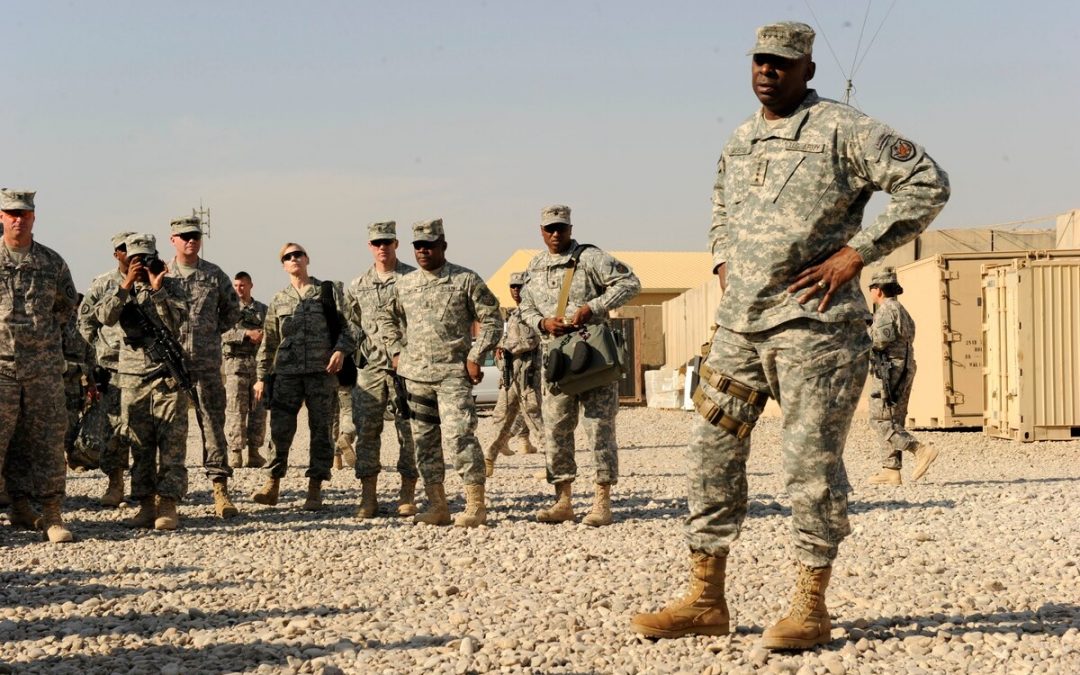 On Sept 11, 2001, terrorist attacks killed nearly 3,000 people on American soil. Black Americans answered the call to serve. Between two and three million U.S. troops served in Afghanistan beginning in October 2001 and in Iraq from March 2003. 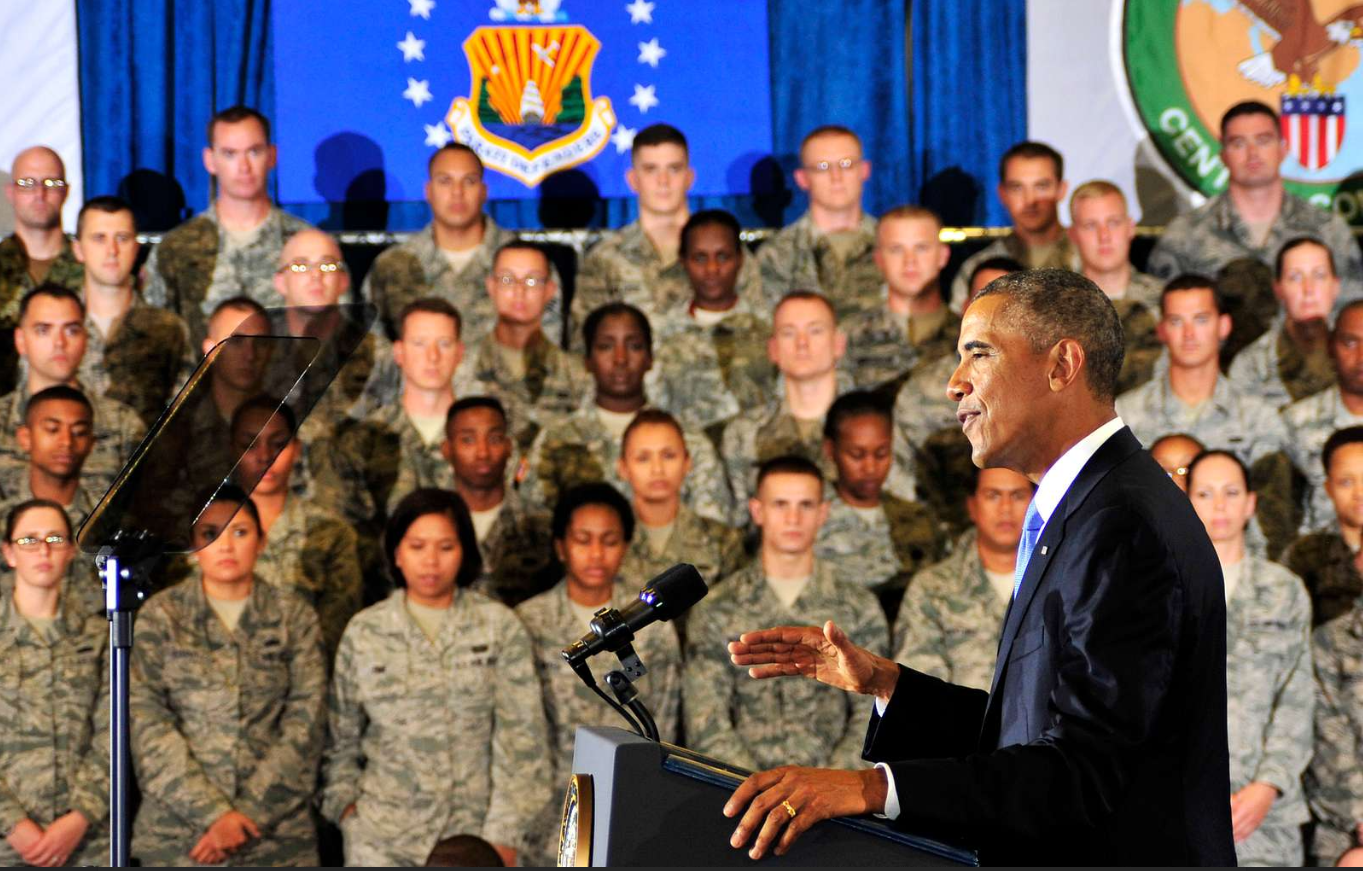 President Barack Obama speaks to over 1,200 military members gathered at MacDill Air Force Base on September 17, 2014.

U.S. servicemembers were still fighting in 2008 when the American people elected Barack Obama the 44th president⁠—the nation’s first Black commander in chief. In 2013, President Obama lifted the ban on women serving in combat. By then, more than 35,000 women had served on active duty in Iraq, and about 40% were Black. 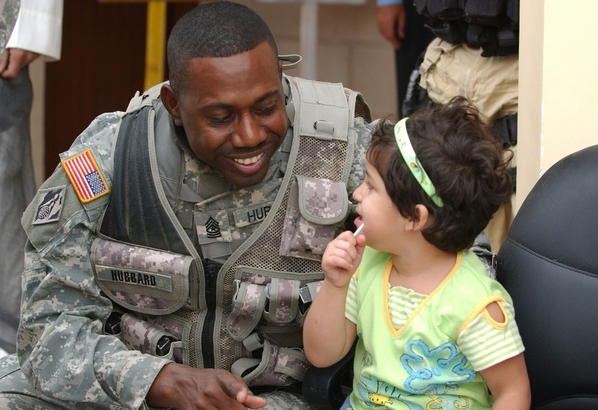 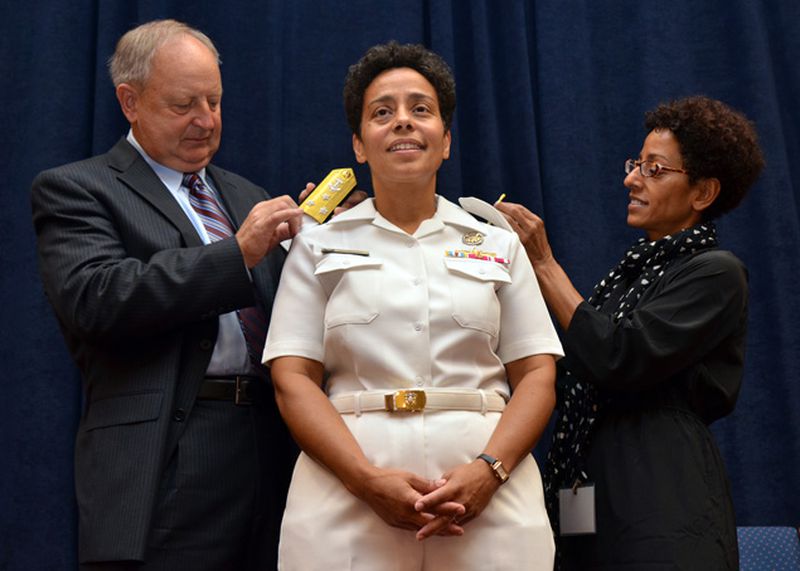 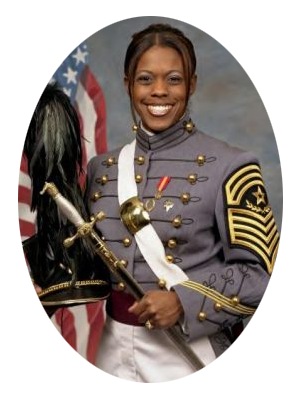 Lieutenant Emily Perez volunteered to lead a convoy of the 204th Support Battalion in Iraq in 2006, a mission on which she became the first Black woman officer in U.S. history to be killed in action. Michelle J. Howard, one of the first women to graduate from the Naval Academy in 1983, became the first woman of any race to achieve the rank of admiral in 2007. After 35 years of active duty, Admiral Howard retired in 2017 as the highest-ranking woman in U.S. Navy history.

Perez and Howard both came from military families. Black generational service members have a unique perspective and can trace vast societal changes through their own experiences.

Perhaps the most famous example of Black generational service is the Davises. Benjamin O. Davis, Sr. served over 50 years, from the Spanish American War in 1898, becoming in 1940 the first Black general in any branch. His son, Benjamin O. Davis, Jr. commanded fighter pilots in Europe from 1943 to 1945. Just as his father had advised senior leaders on integrating the armed forces, Davis Jr. helped craft the Air Force’s plan to implement the president’s executive order. Davis Jr. served for 34 years, retiring as the Air Force’s first Black general. He was given a fourth star in 1998⁠—100 years after his father enlisted. 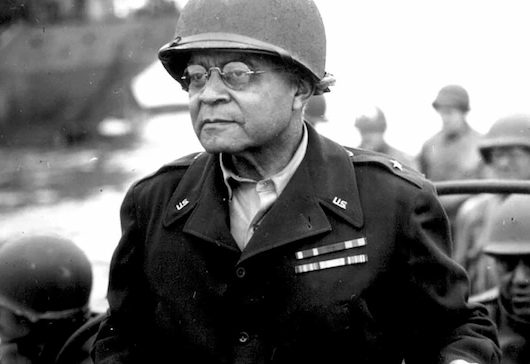 Benjamin Davis Sr. was a United States Army general who became the first African American to rise to the rank of brigadier general. During World War II, Davis held troubleshooting staff assignments designed to assist the expanded role of African Americans and address racism within the military.
National Archives 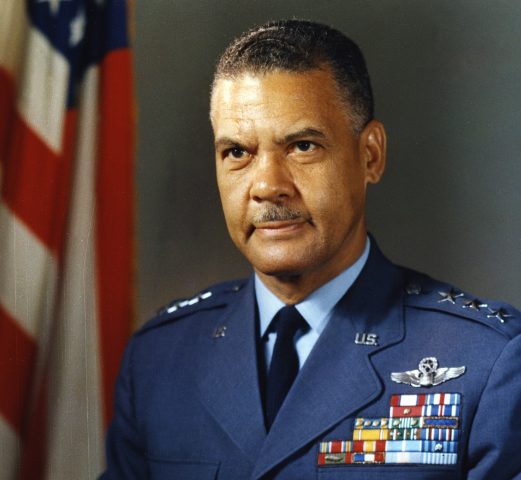 Portia Brandon-McCraw served from 1985 and retired in 2006 as a lieutenant colonel. Her brother served in the Air Force, and two of her nephews joined the Army. She reflected: “Black soldiers before me opened up doors for me to go through. They knocked down some walls so that I could stand tall.” 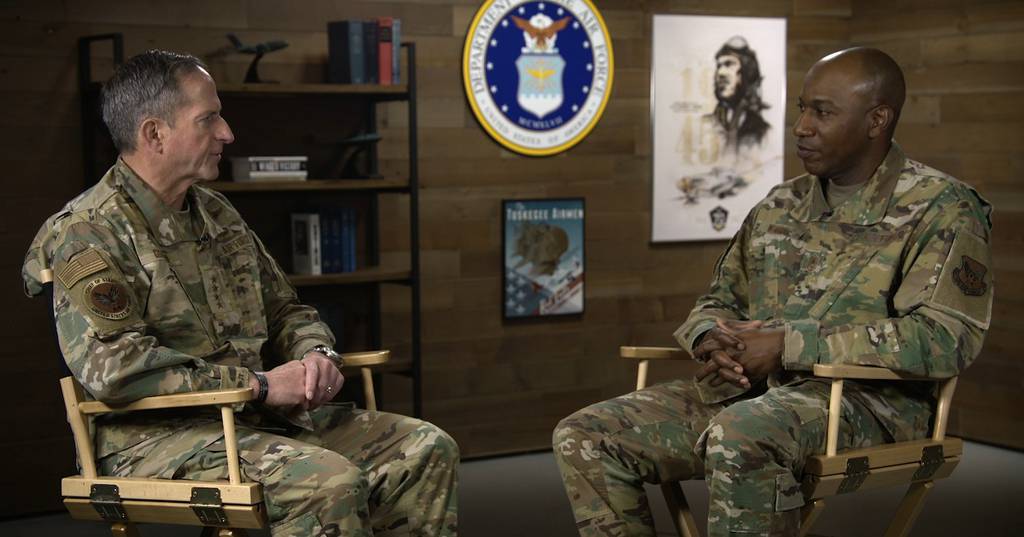 Air Force Chief of Staff Gen. David Goldfein and Chief Master Sergeant of the Air Force Kaleth Wright hold a virtual town hall June 1 to discuss the issue of race within the service’s ranks. “We’ve got to have the difficult conversations …” Goldfein said.

Nathan Dial’s grandfather served in World War II’s segregated military. He endured overt racial discrimination in housing, voting, education, and work. Nathan Dial’s father, Cortez, attended segregated schools and became an Army officer in 1973. In contrast, Cortez beamed with pride when Nathan graduated from the U.S. Air Force Academy as the highest-ranking cadet and served under a Black commander-in-chief. 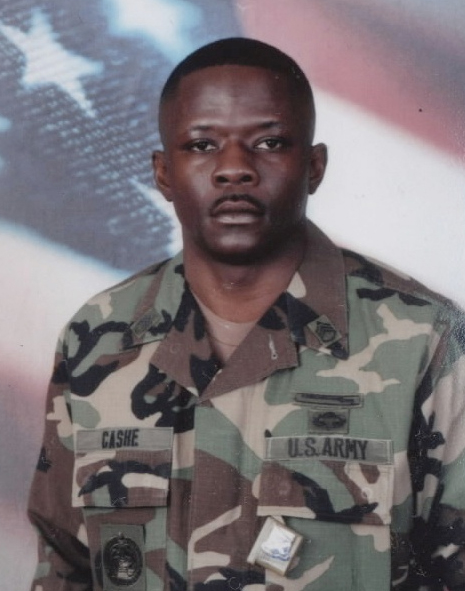 Generational service continues today. In 2005, Sergeant Alwyn Cashe was killed in action in Iraq. He is thus far the only Black American in this century to receive the Medal of Honor. In July 2020, Cashe’s son, 8 years old when his father died, completed basic training at Fort Benning, Georgia.

Today, there are an estimated 2.15 million Black military veterans nationwide. Though the percentage of service-age African Americans in the U.S. population is between 12 and 13%, they make up 21% of the Army, 17% of the Marine Corps, 10% of the Air Force and Navy, and 5.8% of the Coast Guard. 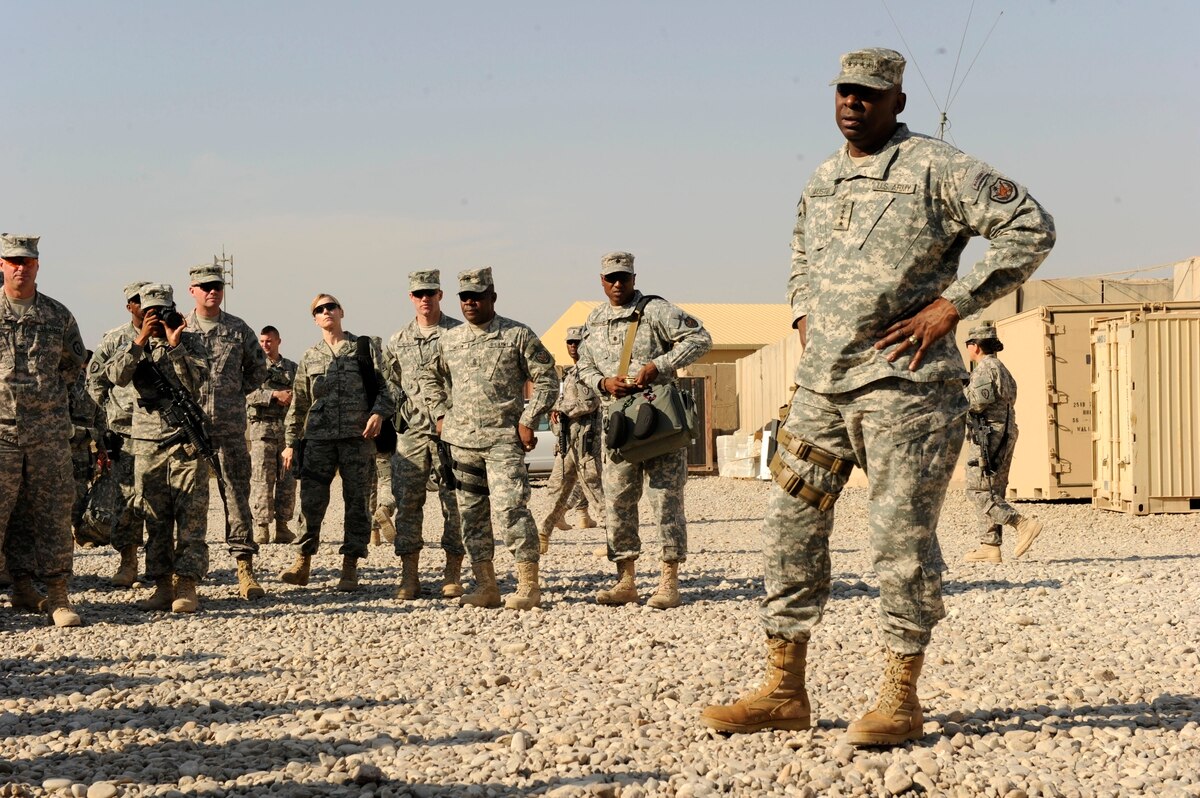 General Lloyd Austin, commanding general of U.S. Forces in Iraq, with soldiers from the 25th Infantry Division at Forward Operating Base Warhorse in Diyala province, Iraq, on Nov. 16, 2010.