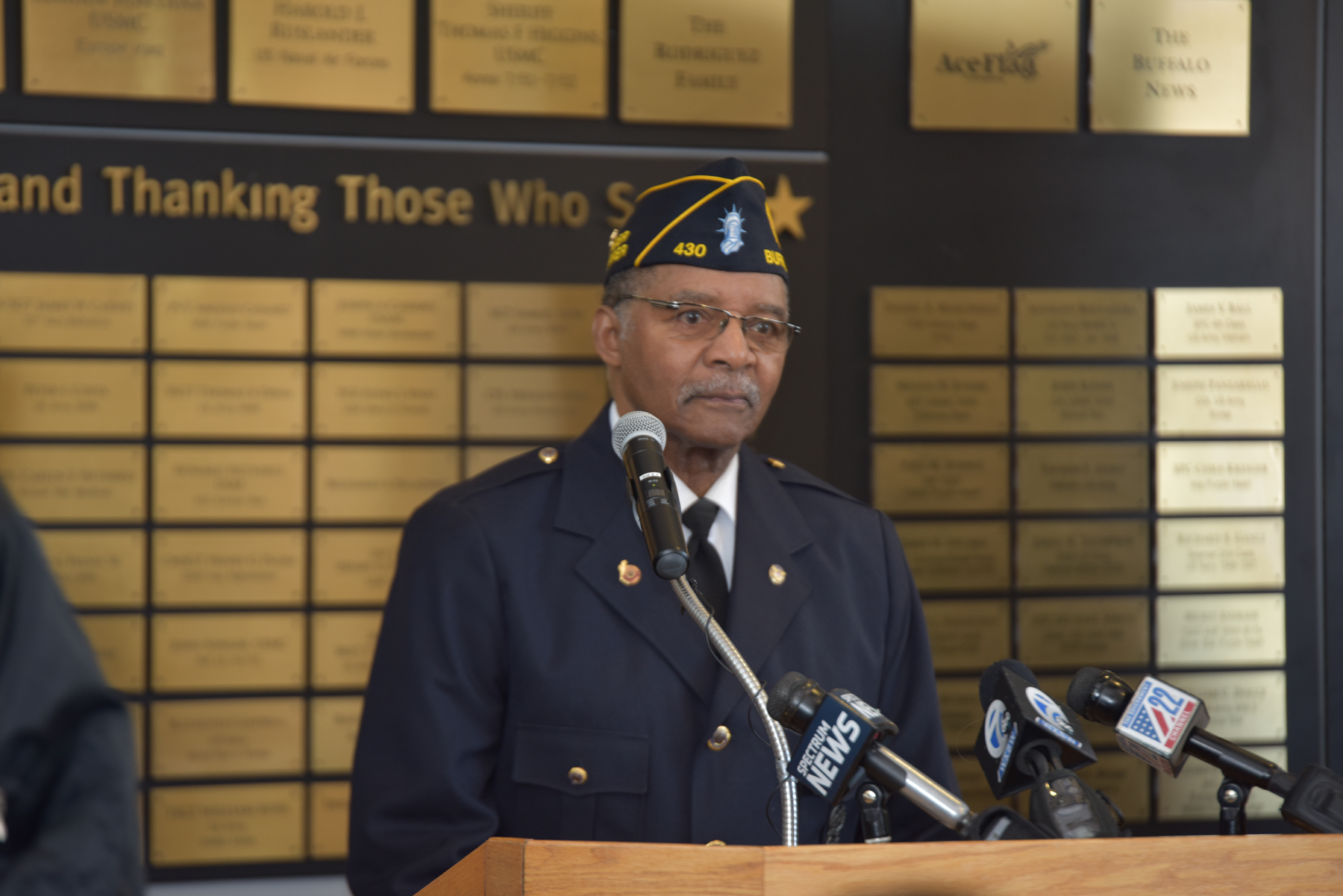 “By this time next year, a monument to the patriotism and sacrifice of African-American military veterans from here and around the country will be on permanent display at the Buffalo & Erie County Naval and Military Park. Plans call for an elaborate monument recognizing the millions of African-Americans who have served in every military conflict and during peace time since the founding of America.”